Hinchey’s Chicago Bar & Grill aims to make locals and visitors feel at home. With an All-American menu and relaxed atmosphere, the family owned-and-operated establishment is an island favorite.

Fans of all sports and teams are invited, but Chicago is always the home team. 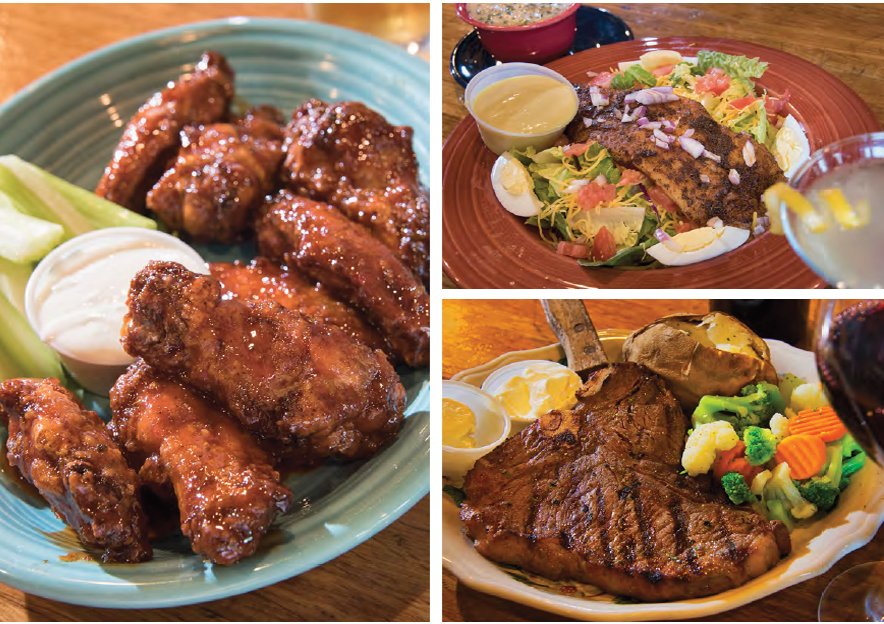 “We still think of ourselves, as Chicagoans,” said Bob Hinchey, also a faithful Bears fan. “We brought home with us.”

While attending college, Bob’s son, Mike, was a restaurant manager in Champagne. After graduating in 1995, the family decided to move to Hilton Head and open a restaurant soon after.

Mike was the founder. Beth, Bob’s daughter, and a 1996 graduate from the University of Illinois, is the general manager.

They first opened their doors on March 1, 1996. The menu is family friendly. From chicken wings and salads, to about 20 different sandwiches and entrees, Hinchey’s offers a meal for everybody.

The grouper sandwich is a best seller. There are nods to Chicago, as well, with a Sears Tower hoagie and a Chicago Dog, which is a Vienna Beef hot dog with all the toppings.

Hinchey’s, which has outdoor seating for 40 people and is open for lunch and dinner every day, is a popular spot for locals, but it also attracts loyal visitors. Beth said a group of four from Wales visits every year and there are many from the Chicago area who make Hinchey’s their go-to spot.

Along with sports memorabilia, the restaurant features pictures of many of Chicago's top sights, including City Hall, the Chicago Water Tower and a poster of the World’s Fair.

“There are people who come down three or four times a year and they make this their home,” Bob Hinchey said.

Hinchey’s is also headquarters for the Notre Dame Club (Bob is a University of Notre Dame graduate) and hosts the Pitt Club.

Family remains integral. There are 15 family members living on the island, and eight have a role in the restaurant, including three of the eight grandchildren, Bob Hinchey said.

A visit to Hinchey’s will be filled with tasty food and maybe after a big Cubs or Bears win you can sing along as the jukebox plays one of the family’s favorite tunes: “Sweet Home Chicago.”