The lighthouse is part of the National Register of Historic Places and is a popular stop for visitors.

The distinctive structure, located in the Leamington area near the neighborhood’s Arthur Hills golf course, was built between 1879 and 1880 as part of a larger system of navigation lights guiding ships into Port Royal Sound. 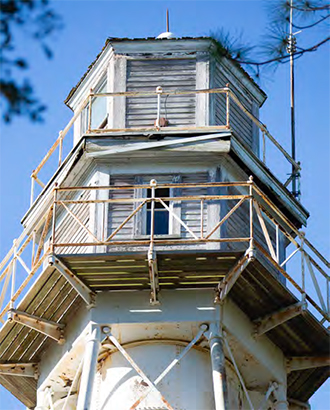 A cast-iron skeleton tower built about a mile inland on six concrete piers, the lighthouse stands 94 feet tall and was activated on August 1, 1881. Light from the structure was visible from 15 miles away.

Featured on the National Register of Historic Places and part of the Inventory of Historic Light Stations, the lighthouse is Hilton Head Island’s only historic lighthouse. It’s one of only a handful of surviving lighthouses in South Carolina.

In 1985, Greenwood Communities and Resorts, the parent company of Palmetto Dunes, refurbished the lighthouse, cistern and oil house and opened the grounds to the public.

In the same year, the Hilton Head Rear Range Lighthouse was added to the National Register of Historic Places.

The lighthouse has been renovated again, including the addition of a new cedar shingle roof, which was stained, replacement of 360-degree observation deck boards and structural wood areas, cleaning and treating of the interior, cleaning of the exterior, and the structure was painted with an oil-based, marine-grade paint. The windows and doors were replaced and painted in a “Charleston Green,” while overgrown foliage around the lighthouse was removed.

The lighthouse was deactivated in 1932, but during World War II the structure served as an important lookout tower for enemy ships. 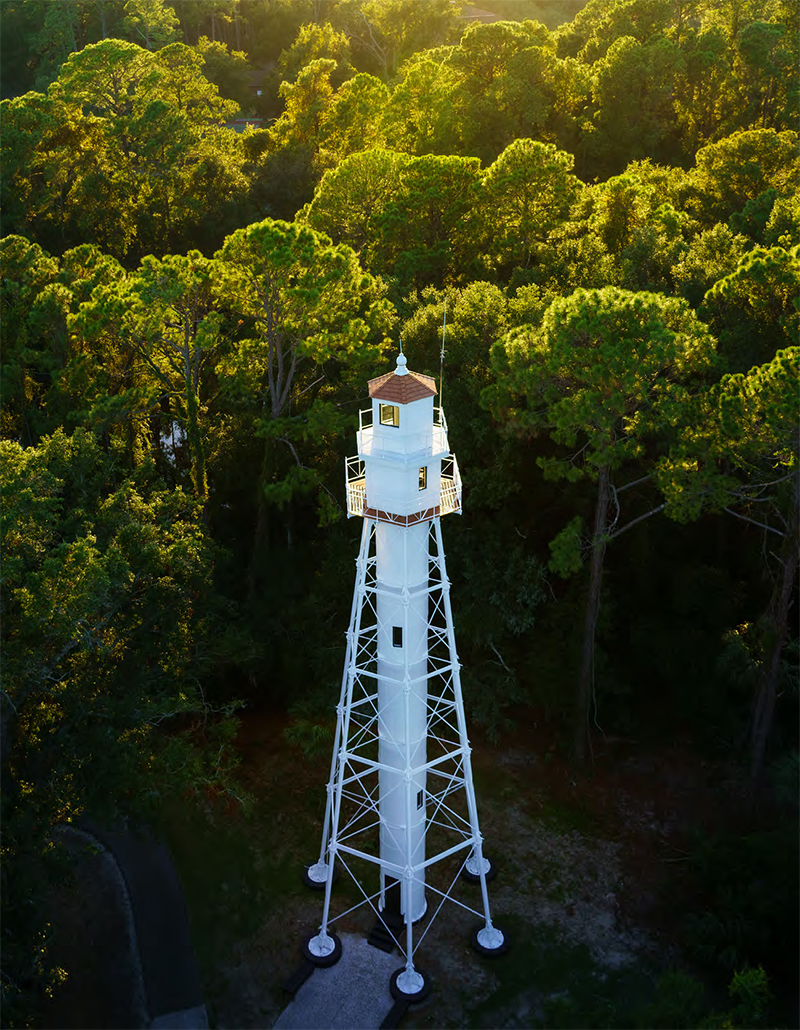 “We are pleased with the recent renovation and improvements to this historic Hilton Head Rear Range lighthouse and excited to welcome visitors to see the completed project,” said Palmetto Dunes Vice President of Resort Operations Brad Marra.

A massive live oak known as the Leamington Lighthouse Live Oak stands close to the Hilton Head Rear Range. It’s about 70 feet tall and has a canopy that spreads across 150 feet. Experts who conducted a tree survey last year believe it is 435 to 450 years old.

Guests should enter Palmetto Dunes and proceed to the resort’s South Gate to request a guest pass. Proceed to the Leamington Gate and turn left onto Leamington Lane to the lighthouse, then park along the roadside. 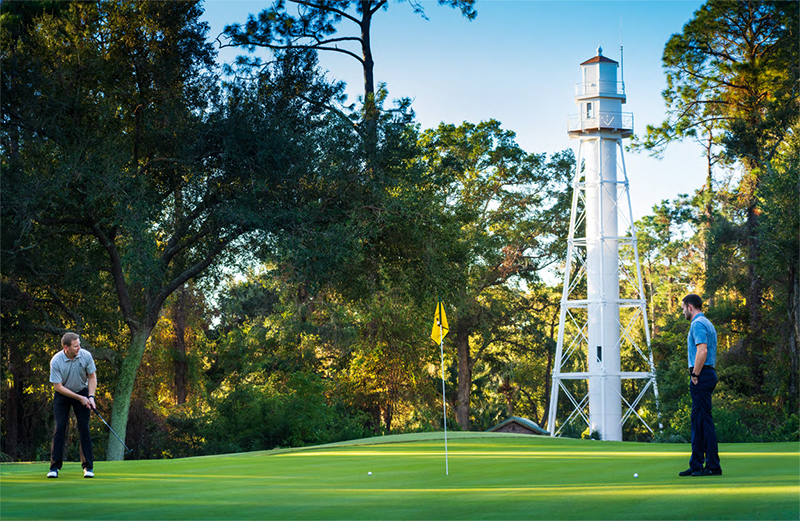 The lighthouse is not open for visitors to view inside or to climb to the top.

The original lighthouse complex included a keeper’s house and a shorter forward beacon that was mounted on a second keeper’s house near the beach. By positioning their ships so that the two beacons were vertically aligned, sailors entering Port Royal Sound would know that their vessels were in the proper channel.

Today, only the rear lighthouse survives, along with a vintage brick oil house and a water cistern. Sheltered by towering pine trees, the main lighthouse structure, which is now inactive, includes a central cylindrical stair tower, a wooden watch room and a cypress lantern room. Lighthouse keepers would climb 112 steps to reach the hexagonal watch room. 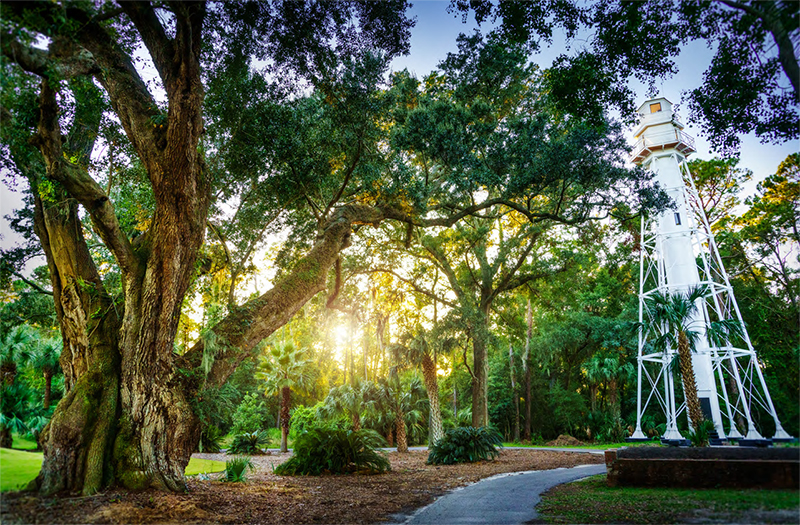 IS THE LIGHTHOUSE HAUNTED?

Ghost stories and legends surround the lighthouse. In 1898, a major hurricane lashed the South Carolina coast. Determined to keep the light burning, lighthouse keeper Adam Fripp died of a heart attack during the storm. At Fripp’s urging, his 21-year-old daughter, Caroline, kept the navigational light burning. But she died three weeks later from exhaustion and the loss of her father, inspiring haunted sightings of a female ghost in a long blue dress on dark, rainy nights.

The lighthouse was deactivated in 1932, but during World War II the structure served as an important lookout tower for enemy ships and anchored Camp McDougal, a network of U.S. Marine temporary barracks and ammunition sheds. Gun emplacements and searchlights were established on the nearby beach. Marines were taught to use naval guns, called “Big Betsy,” as well as .30 and .50 caliber machine guns, and practiced firing these weapons into the Atlantic.

FOR HISTORICAL PHOTOS AND DOCUMENTS, AN EXTENSIVE HISTORY AND INFORMATION ON VISITING THE HILTON HEAD’S REAR RANGE LIGHTHOUSE IN PALMETTO DUNES, GO TO HILTONHEADLIGHTHOUSE.COM 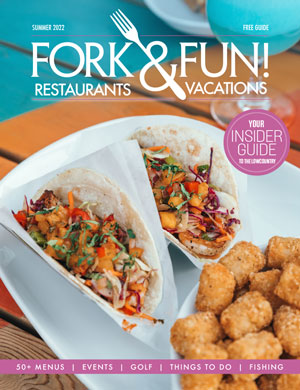